Lyla’s Curse which is a game about an elf (Lyla) who is just about to finish up her magic schooling when she gets cursed with an item that suppresses her magic completely. This in turn causes her to fail her finals and needs to find a way to rid herself of this curse in order to finish her schooling and get into the magic force.

She now can’t cast even the simplest of spells and now is forced to find alternative money making schemes to pay a specialist (an expensive ass specialist) to rid this curse…or is she smart enough to figure it out on her own.

She’s accompanied by her faithful familiar Sock, which just so happens to be a burlap sack doll. Give her a break, she decided to be different and infuse her magical focus into a doll instead of the traditional animal that most sorcerers take. You get to follow her journey into debauchery as she tries to find a way to rid herself of this curse. If she can’t then she has to return to the normal “Non-magical” world…f*ck that.​

Adjusted corruption scaling so that Lyla can now reach tier 3/4 sluttiness properly. This is a temporary adjustmetn to account for missing alternate corruption vectors.
Implemented several fixes for tier 3/4 shower and balcony scenes.
Corrected an error in the balcony door task that caused several different crashes with Bhob, and a minor error with Piezo. (Thank you HUUUUUR for helping with this one.)
Corrected an error in the task system logic that permitted, in rare situations, a task’s stage to appear to be re-opened after completion (the stage was, however, treated as completed internally and the task was completable so players who encountered the bug may not have noticed it.)
Corrected several holes in the logic that would have made it less likely players might unlock the Piezo training options as early as possible.
Numerous other cleanup and quality of life improvements to better streamline the flow of tasks. 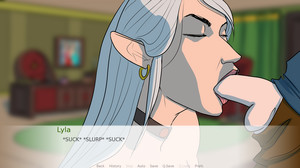 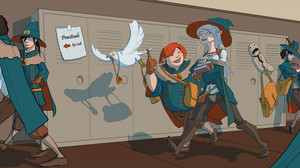 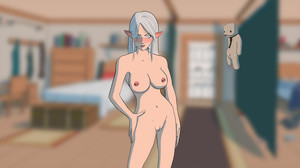 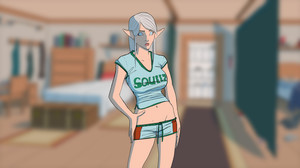